My Practical Recipe to Becoming Free

One or two big life failures

10 years ago, while living in Strasbourg, I broke up with my loving boyfriend. He was funny, supportive, nice, enthusiastic about life, enthusiastic about us. But I got bored and left him behind. After 2 years going back and forth on our (my) breakup, he eventually moved to London and hit refresh without me. Even though I had initiated it, I felt left behind and incredibly guilty.

I needed a refresh too. I applied for jobs in my dream city in France, 800 km away from home. I eventually got offered the perfect designer role in one of the best e-commerce startups. But I suddenly got paralysed by the fear of moving and declined the offer, to then regret it badly. I felt powerless.

A few tickets to new places

In my struggle, I went to new activities, explored new places, and met new friends. I met Sandrine, who loved travelling, and who – after a few months of friendship – suggested we should go to California on a road trip. I had never considered visiting America. I didn’t even own a passport. But I needed a break from all my introspection, so I went all in.

We spent 17 days on the road, from San Francisco to Yosemite, to Las Vegas, Los Angeles and back to San Francisco through the magnificent Pacific coast. And that’s when everything started. I fell completely in love with Northern California: its wide landscapes, its wild ocean, its beautiful forests, its sun, and even its tech industry, my industry. I flew back to France with a knot in my stomach. I had the anxiety of going back to my own life. But I could feel a new excitement for a new project, and I planted a tiny little seed in the back of my mind: someday I would move to California.

Back in Strasbourg, despite my little to no English, I started to look for jobs in San Francisco.

A dozen people who push you forward

I gathered advice and hands-on experiences from my expat friends, and from friends who had moved back from abroad. Hearing their excitement and encouragement made my project look real, and gave me confidence. At the time, they looked like global superheroes to me.

I reached out to the two people I knew who had moved to the U.S. I learned about how to get a visa, and which organizations were here to help. They led me to Parenthèse Paris, who helps obtain visas for internships and trainings in the U.S. One thing leading to another, I got in touch with a company in New York looking for design help.

A half-dozen self-help reads to build up courage

I bought a few self-help books, including Susan Jeffers’ “Feel the Fear and Do It Anyway” – which had the biggest, deepest impact on my way of thinking. This book made me move mountains. It is the one thing that set me free and I kept it handy until the day I landed in the U.S.

I read Paolo Coehlo’s “The Alchemist” and still deeply admire his philosophy around freedom, taking risks and living a life exploring and experiencing new things.

I kept a mental distance with my closest friends and family, because their fear was so real and intense that it was somewhat paralysing me. A week building up confidence and courage would melt down into some “Why am I even doing this?” and “Am I not having the perfect life here?” But I remembered what it felt like to be controlled by the fear, and this wouldn’t happen again. I went through the hiring process with the company in New York, and was offered an Art Director job in Manhattan.

A daily dose of music and spirituality

Music has always been a very important part of my life. It’s been a companion of all key moments and I have this belief that some songs arrive when you need to hear them. Don’t let it pass by Junip is one of them. The song arrived in my ears specifically when I had to accept or decline the role in New York. I listened to it so much that it haunted my brain for a little while.

New York wasn’t San Francisco, but it would be a good start to learn English and get immersed in the culture. It would be a first, temporary step towards California. I signed the offer and got the visa process started with Parenthèse Paris.

Paolo Coelho said: “When you want something, all the universe conspires in helping you to achieve it.”

At that exact moment, my little universe aligned and it became clear I was going to New York.

Courage only gives long-term results when it’s coupled with perseverance. One and a half month went from the day I accepted the offer to the day I crossed the Atlantic ocean. Over this period, I would wake up every morning with fear. But I now had the tools to control it and to do it anyway.

I landed in New York City in the late afternoon of March 17, 2011. From the air, New York offered me a beautiful welcoming sunset. It was fascinating and scary. I remember sticking my forehead against the plane window and contemplating the city for the first time. My new playground. I had a knot in my stomach, but an incredible sensation of full consciousness, proud, and freedom. I did it, and I did it alone. I only had 2 bags, an 18-month visa and 5 days at a cheap Brooklyn hostel to figure things out.

Over the next months, the tough New York life and the painfulness of working in a new language brutally hit me. I would return from work in the evenings and melt down in tears from the frustration of not being able to communicate with my colleagues. I was also extremely lonely.

But I slowly worked my way through. I pushed myself outside my comfort zone, went to Meet-ups, took evening English classes in Queens, and started winning battles.

I remember my first meals in New York. Because I was broke and absorbed with my apartment hunt, I was eating avocados and instant noodle soups every night. They were the avocados and noodle soups of victory. They were efficient, quick, cheap, dishes-free and delicious.

I also remember moving from my noisy, yuppy, party-y hostel dorm to my own quiet room in a shared house. I felt so blessed to have my own space. My own 4 walls around me and no one else to share them with!

As I explored the city and pushed off my boundaries, I would try to balance the unknowns, scary moments with small approachable rewards: a good shower, a call to a friend, a glass of wine, a moment to write in my blog. I realized it was critical in New York City (for one’s inner sanity) to have a good place to call “home”. This is probably true for any new city, but the rudeness and the speed of New York really make it crucial.

A ton of trust in yourself

I ended up setting roots in New York, making best friends for life, and staying 6 beautiful years. New Yorkers love their city so much that they tend to have a rude speech about other influential cities. “San Fran” is one of them. I got absorbed by this pride. I breathed and lived Brooklyn.

In fact, I almost gave up on my California dream and at some point, I thought I could never detach myself from New York. But slowly, my little universe conspired again and pushed me towards the West.

I listened to my deep self, took a mental distance with those proud New Yorkers, and asked to join the San Francisco office of my company.

I am now living in the Bay Area and feeling so thankful and free. Quitting my New York life was extremely hard, but I am glad I realized my California dream… 7 years later at 32.

I now know that the only person I have to trust and listen to is myself.

Trusting myself implies blaming myself when things go wrong. It is something I’m still working on.

In the past year and a half spent in San Francisco, I’ve been surrounded by outdoorsy people who wake up at 6 on weekends to go surfing, hiking, climbing or skiing. Constant nature is crucial for them and never ever would they consider living in a city like New York (some wouldn’t even go there on vacation).

This mindset is actually more aligned with mine, and I sometimes regret having been stuck for so long in the urbanity of New York. But I want to believe that it was a necessary step for many reasons.

My quality of life improved a million times by moving to San Francisco. I now live in a garden cottage in beautiful Oakland surrounded by lemon trees, redwoods, squirrels and birds. I am a short drive away from the Californian wilderness, that I go explore every weekend. I sometimes end up in places I had seen 8 years ago and forgotten about. It makes me realize and seize the journey I achieved.

Here I am now.

I hope this recipe will provide practical help to all the ones planning to be free.

”If you let fear of consequence prevent you from following your deepest instinct, then your life will be safe, expedient and thin.” – Katharine Butler Hathaway 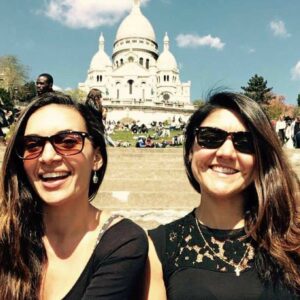 PrevPreviousWomen Over 30, Embrace Fear and Travel Abroad!
NextHow to Get Free Accommodation While TravelingNext 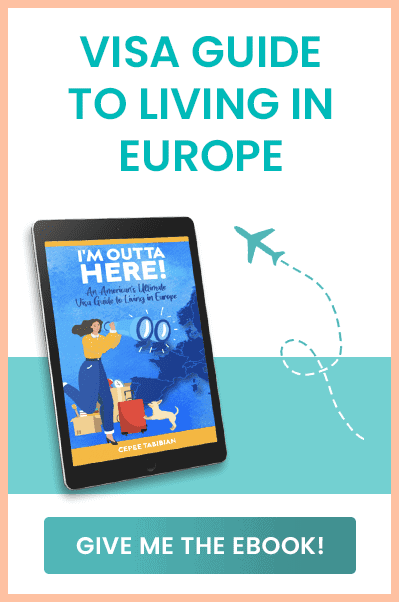